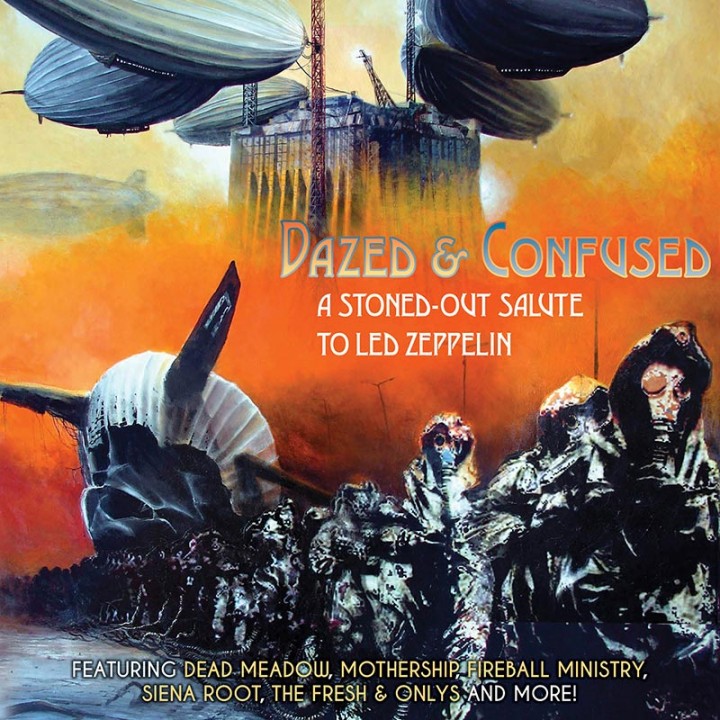 The Newest Generation Of Stoner Rock Bands Got A Whole Lot Of Love For Led Zeppelin On Dazed & Confused – A Stoned-Out Salute To Led Zeppelin!

You may search but you will not find a band more responsible for the birth of modern hard rock and heavy metal than Led Zeppelin. Over the course of a mere 8 studio albums, this quartet of Londoners forever transformed the musical landscape mixing a wide variety of genres – from folk to blues, psychedelic to reggae – into a heady and heavy sonic concoction all their own. Now, on February 5, Cleopatra Records will release a new collection of exclusive recordings from a hand picked selection of modern hard rock, stoner rock and psych rock bands, who offer a head trip like no other through the greatest moments of Page, Plant & Co. Dazed & Confused – A Stoned-Out Salute To Led Zeppelin features reinvigorating takes on such classic tunes as “Stairway To Heaven,” “Immigrant Song,” “Kashmir,” and others!

For the bands who participated in this project, it was an opportunity to honor a longtime musical hero as well as a chance to sneak a little contact high. Kyle Juett of Texas trio Mothership, who recently completed a national tour with Corrosion Of Conformity, acknowledge the heavy debt his band owes, exclaiming “The heavy blues sorcery of Led Zeppelin has made a great impact on who we have become as musicians and as a band over the years. It was an honor having Cleopatra Records ask us to be part of such a killer compilation album!” Jim Rota of L.A.-based rebel rockers Fireball Ministry also enthuses, “Being a part of this comp is a dream come true. Paying tribute to Zeppelin is something we all do everyday in Fireball Ministry, so it’s an honor to be able to do it in song!” While some bands chose to remain true to the structure and feel of the original recordings (how do you perfect perfection?), others such as Norway’s Electric Eye took a different approach, “Led Zeppelin have been a huge influence and inspiration for Electric Eye. We chose to cover the coolest song of them all, ‘Immigrant Song.’ Instead of trying to rock as hard as Zeppelin do, we figured we had to make our own version. The sessions were held during a heavy storm in Bergen, on the west coast of Norway, home of the Viking gods of the song. Singing about “the hammer of the gods” while thunder and lightning were shaking the walls of the studio felt pretty epic! Hope you like it! Valhalla we are coming!”

The album will be available as a digipak CD and in a special limited edition 2LP set as well as digital download on iTunes!