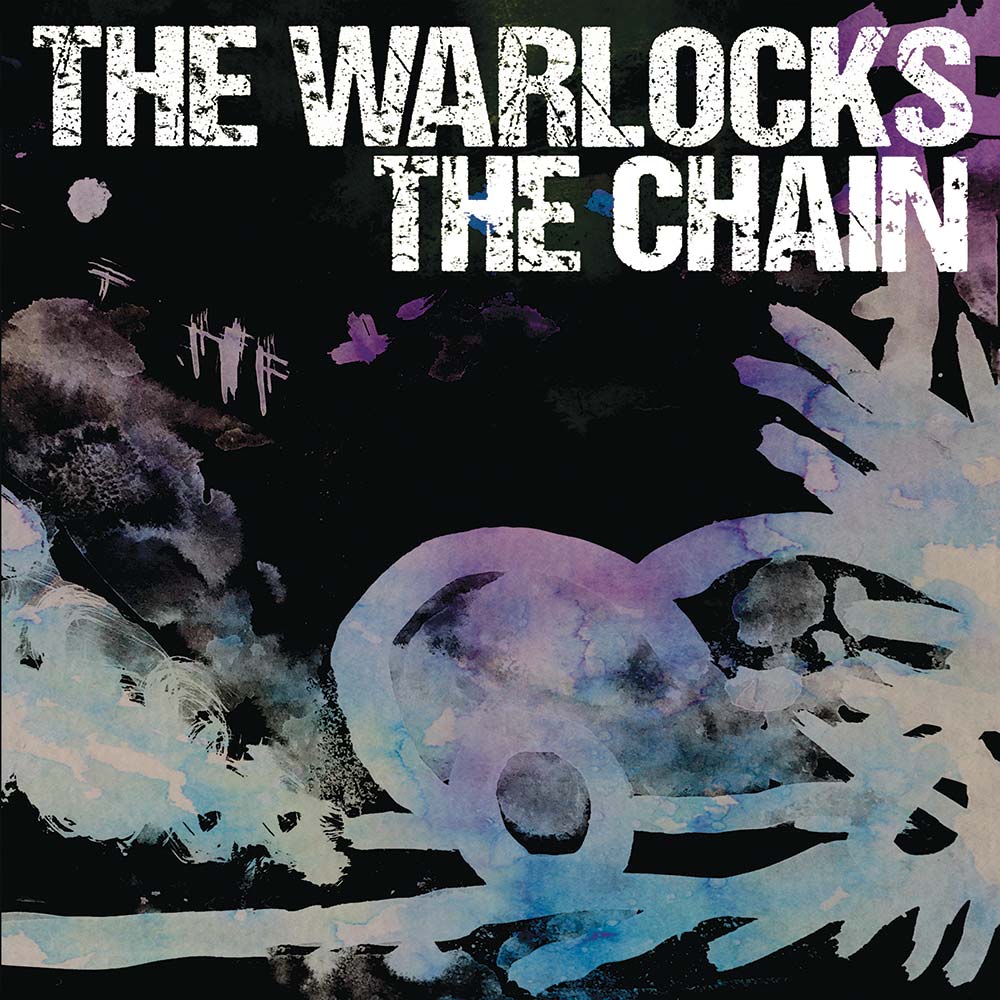 The Chain was recorded by The Warlocks over the course of a few weeks and co-produced by Hecksher and Rob Campanella at Campanella’s Figment Studios in Lake Hollywood, CA. From the hammer falling on you (“Dear Son”) to not being able to escape the system (“Mr. Boogieman”) to somebody not being who they really are (“Double Life”) to making mistakes and time passing you by (“I’m Not Good Enough”) – The Warlocks examine life and our justice system.

“We’re telling a story this time,” Hecksher explains about the album’s ripped-from-the-headlines concept, which he says had been percolating for a few years before it suddenly came to him with the delirious intensity of a fever-soaked dream, like that “out-of-body experience you get at a show when you’re drenched in sweat and suddenly feel so alive.”

That concept, Hecksher affirms, is based around “a Bonnie and Clyde-ish twenty-something couple who rob a bank but get caught and then are cast down the bottomless pit of our justice system. The main characters, Rocky and Diamond, come from different means and thus have very different outcomes. It’s a loose collection of ‘you got f*cked and swept under the rug’ type feelings revealed amid happy songs about their relationship, provided as a kind of relief.”

“I’ve been reading lots of articles about our justice system” Hecksher vows. “I’ve also been watching a lot of real-life/fictionalized prison TV series. All these young adults are caught committing very low-level crimes, but they end up getting these huge bits of their lives taken away from them. The ones who have money usually fair better.”

This ambitious album tells a single story, of two star-crossed lovers who commit a bank heist together, over the course of 10 gorgeous, dense layered guitar tracks spiced with keyboards and reinforced with powerful bass and percussion grooves!

Will be available on both CD and limited edition colored vinyl in your choice of PURPLE or SILVER!

In June the band will launch a full-scale 3-4 week tour in the US hitting all the major markets and followed by European dates in the fall!