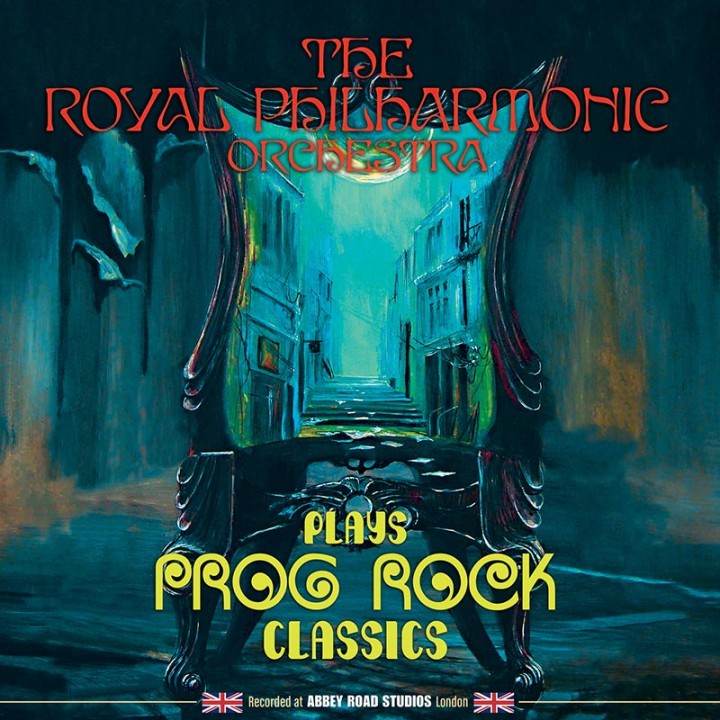 Only a world-class orchestra could pull off a project this ambitious, an undertaking so vast that none other than the hallowed halls of Abby Road Studios could contain and record music of this magnitude. The Royal Philharmonic Orchestra proudly presents an epic album of fully orchestrated renditions of progressive rock masterpieces by the likes of Pink Floyd, Yes, ELP, Jethro Tull and more! What’s more, a stellar group of musical virtuosos from the prog rock stratosphere join the orchestra, lending their talents to these intricately arranged masterworks in a collaborative match made in prog rock heaven. Longtime Moody Blues & Yes keyboardist Patrick Moraz adds his own unique flare to the orchestrated version of Gentle Giant’s “Think Of Me With Kindness” while Porcupine Tree drummer Gavin Harrison lays down the rhythm on a brilliant version of King Crimson’s “21st Century Schizoid Man.” This album also contains an electrifying contribution by Three Dog Night keyboardist Jimmy Greenspoon, sadly, one of the final recordings he made before his passing earlier this year. The Royal Philharmonic Orchestra Plays Prog Rock Classics will be made available on both CD and vinyl starting March 31 courtesy of Purple Pyramid Records. Fans of progressive rock and epic symphonic rock will not want to miss this!