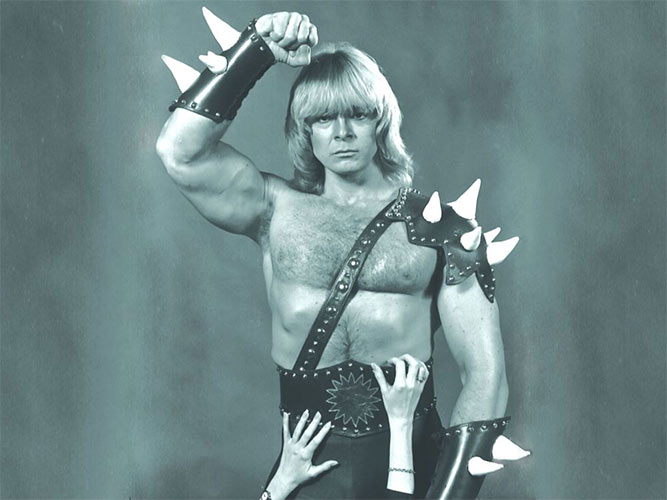 Jon Mikl Thor has one piece of advice for anyone considering inflating a hot water bottle by lung-power alone: don’t.

“Oh, I never want to do it again,” says the professional body builder-turned-cult heavy metal singer of one of the many theatrical highlights of his gigs during the 70s and 80s. “The pain in my lungs. You’re blowing it up and it’s getting bigger and bigger, like a blimp, and you’re holding it with your fingernails to not let the air out, and it doesn’t explode when you want it to. I got knocked unconscious a few times, cos it’s so big it slaps you back… Boom, lights out.”

There’s footage of him blowing up a hot water bottle like a balloon on The Merv Griffin Show in 1976. He races around the stage in tight blue-and-white lycra briefs, golden hair gleaming and muscles aglow, as the in-house orchestra plays the Sweet’s Action! behind him. As he rolls around on the floor with the exertion of inflating up this giant pink blimp, the look on the audience’s faces shift from bemusement to awe. When it finally pops, so do they. “Liberace was on the show too. I walked off the stage and he said, ‘Very good Jon,’” says Thor. “I think I looked a lot like his boyfriend.”