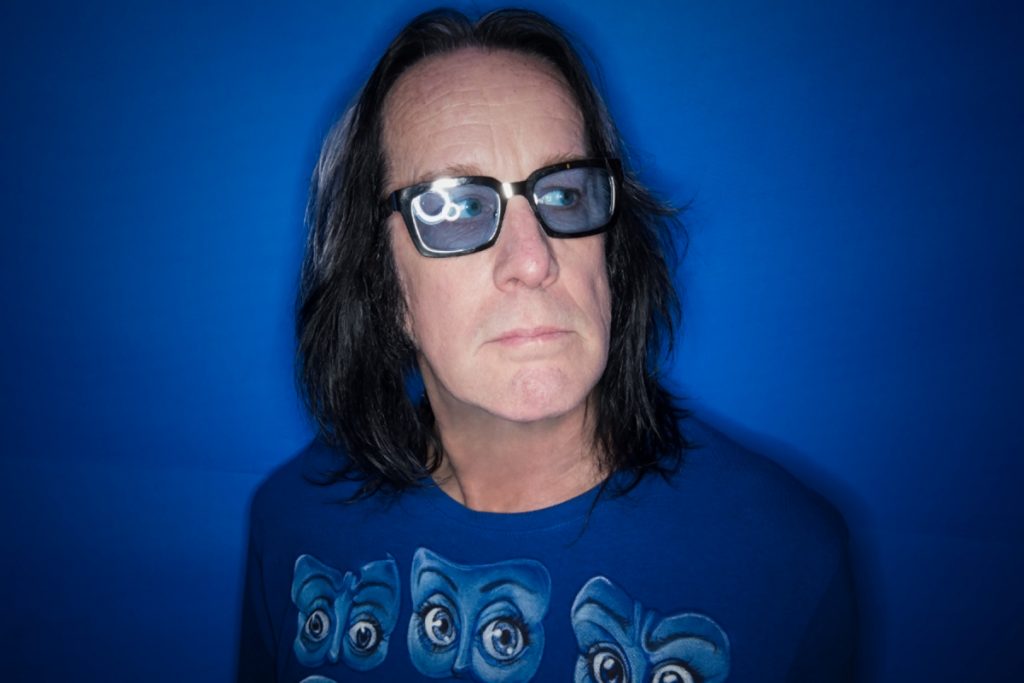 Prior to the pandemic, Todd Rundgren had always wanted to embark on a virtual tour.
“It’s an idea that I’ve been cultivating for a long time,” he tells Rolling Stone from his home in Hawaii. “The inspiration for it was the degradation of the travel network, and a lot of that was a result of climate change. As a touring musician, I realized that it’s going to become more and more common that I can’t get to the gig, that my flights have all been canceled, or there’s a flood or a fire and you can’t even drive there. So I started toying with the idea of different ways to deliver my service.”
On February 14th, the singer will make that dream a reality, virtually performing 25 sets geofenced in different cities that he would have hit on a physical trek, from Manhattan, New York, to Phoenix, Arizona. Dubbed the Clearly Human Tour — a play on his 1989 album Nearly Human — each show will emanate from a Chicago venue through March 22nd, where the Central Time zone allows for a convenient start time for each coast.

Todd Rundgren is proud to announce his first ever solo Christmas recording, a cover version of a wildly popular novelty song from The Netherlands written and recorded by Dutch comedian Youp van ’t Hek in 1978.

Musically, the song has the upbeat, merry bounce of a classic Christmas carol, however, the lyrics tell a harrowing tale of a young boy who discovers his pet rabbit, the titular Flappie, has gone missing on Christmas morning. As the mystery deepens, the boy begins to suspect foul play and a possible tragic end for his beloved pet…at the hands of his own parents!

Track Listing:
SIDE A:
1. Flappie