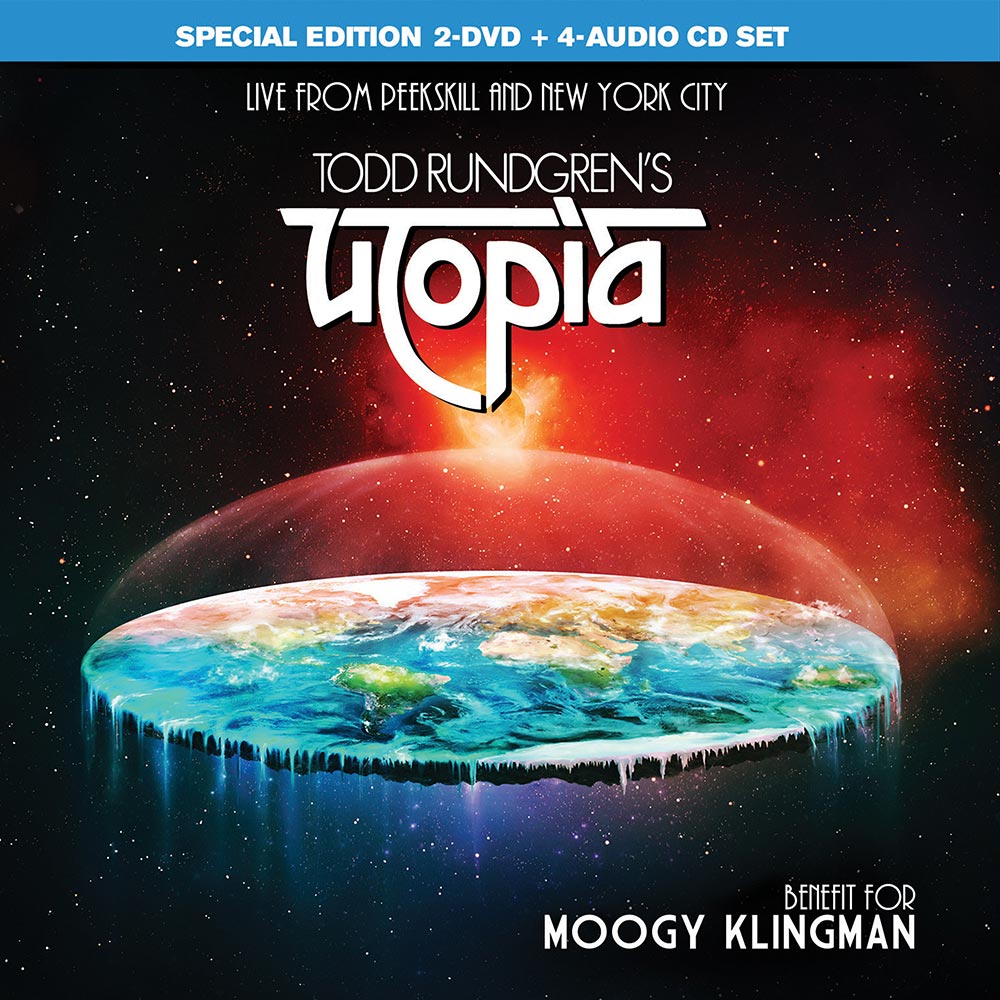 Todd Rundgren’s cult prog/art rock outfit Utopia released a mere handful of studio albums in several incarnations starting in 1974 before retiring in the early ‘80s. Yet the band has managed to maintain an intensely devout fanbase that enthusiastically flocked to sold out performances when Rundgren revived the act for a national tour in 2018.

As Klingman’s health deteriorated and his medical bills began to pile up, Todd Rundgren’s Utopia reformed for special benefit engagements to raise money for their dear friend. The result was an astounding coming together in music and a spirit of compassion as former Utopia members, including Mr. Klingman himself, stepped on the stage behind their leader, Todd Rundgren, and gave the fans an incredible concert, one they wouldn’t soon forget.

Now, a new box set collects together both the audio and video of the January 2011 Todd Rundgren’s Utopia reunion show as well as the November show later that year recorded just a few days after Klingman’s passing. The entire box, titled Benefit For Moogy Klingman, is a multi-media treasure trove featuring 4 audio discs and 2 DVDs with special features that include interviews with the band members and a gorgeous booklet with extensive liner notes and photos.

The box set will be released on May 1 courtesy of Purple Pyramid Records, a division of Cleopatra Records, Inc, and is available for purchase here.