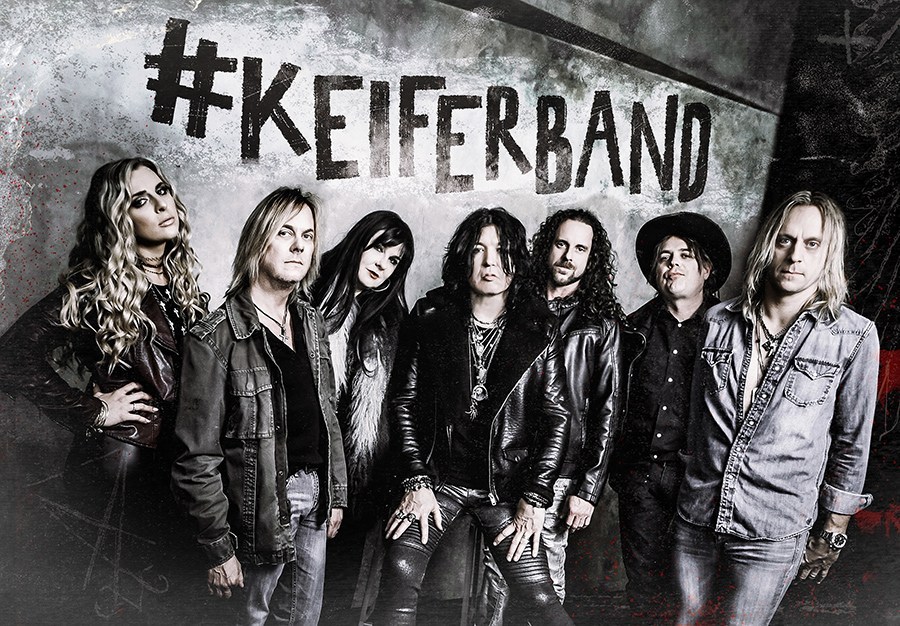 In continuation of the “Rise” tour, CINDERELLA frontman Tom Keifer and #keiferband — Savannah Keifer, Tony Higbee, Billy Mercer, Kendra Chantelle, Jarred Pope, Kory Myers — will bring their high-energy rock show overseas for a few weeks of headlining concerts and festival appearances starting July 17, 2020 in Buckley, England. Fans can expect to hear songs from both of his solo albums, along with all of the CINDERELLA classics.

Produced by Tom, Savannah and Kyle O’Connor, “Rise” scales renewed sonic heights. From the tasty slide work that stamps “Touching The Divine”, the nontraditionally arranged, heavy, dark jam of “Untitled”, the breakneck thrust of “All Amped Up” to the tender coda of “You Believe In Me”, “Rise” signifies the ongoing evolution of the CINDERELLA frontman as a person, songwriter, and bandleader. It’s the aural portrait of an artist who, to borrow a phrase, is still climbing

“When this band came together, we all felt a bit like broken souls, each with our own unique story,” Tom explained. “If you ask anyone in the band, they would all say this band came along at just the right time. Every human who walks this planet faces challenges and extreme adversity they have to overcome. As a band, we feel fortunate to be able to face those things together. There is a piece of every band member in the ‘The Death Of Me’ as well as throughout the entire ‘Rise’ album.”

The common thread to each song on “Rise” is the intuitive interplay between each member of #keiferband, a tight but loose collective that’s spent the last six-plus years on the road honing their live craft together in support of Keifer’s critically acclaimed 2013 solo debut, “The Way Life Goes”. “Rise” is the studio-bred equivalent of a band just now realizing the full scope of its powers.

“We were trying to capture the feeling of what people have witnessed live with this band,” Keifer explained. “There’s an off-the-rails, real live feel to ‘Rise’ — and that’s what we were going for. It shows a real kind of angst and reckless abandon that we tried not to polish too much. And when we pull it back on the ballads, it’s more about the emotion, the soul, and making people feel something in a different way.”

“To me, the perfect rock and roll record is perfectly fucked up,” Keifer said with a hearty laugh. “You try to make each record interesting and different. I don’t ever want to make the same record twice, even though there’s a common thread between them. Everything doesn’t have to be perfectly in place, but there is a balance you try to strike. Sometimes there may be something about it that’s technically not ‘right,’ but there’s a vibe, an energy and an attitude to it that I always try to preserve.”