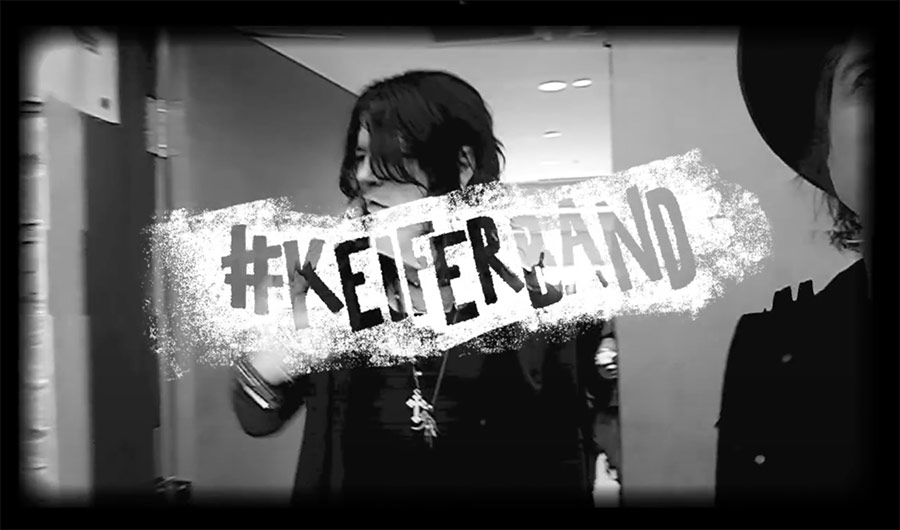 Yesterday marked the one-year anniversary of the release of Rise, the second album by Tom Keifer and #keiferband – Savannah Keifer, Tony Higbee, Billy Mercer, Kendra Chantelle, Jarred Pope and Kory Myers. Since they’re not able to celebrate the momentous occasion with their legions of loyal fans in person, they’re bringing the rockin’ concert party home with the new video for the album’s latest single, “All Amped Up”.

The video for “All Amped Up” (written by Tom Keifer and Savannah Keifer) features live and behind-the-scenes footage shot over several years including their last round of 2019 and 2020 tour dates, which kicked off in Nashville, TN at The Cowan on July 30, 2019. The clip – filmed, produced and edited by Tammy Vega, with additional footage provided by Ryan Azevedo – can be viewed below.

“The song ‘All Amped Up’ was inspired by and written to describe the reckless abandon and rush of a loud rock show,” explains Keifer. “With all the concerts being cancelled this year, I think everyone is starving for that feeling. We’ve filmed so much footage of #keiferband over the last few years and thought since we can’t all be together during this pandemic, we would make a video that brings the show to you. The energy and lyrics of ‘All Amped Up’ felt like the perfect song for a video that would capture that concert energy as well as the feeling of being on tour. We are really missing all of you and looking forward to seeing you out there in 2021! In the meantime, here’s a little ‘Supersonic slam and tonic…all amped up.”

Rise is available on all formats, including CD (digipak), vinyl (in your choice of red, blue, or green) and digital.