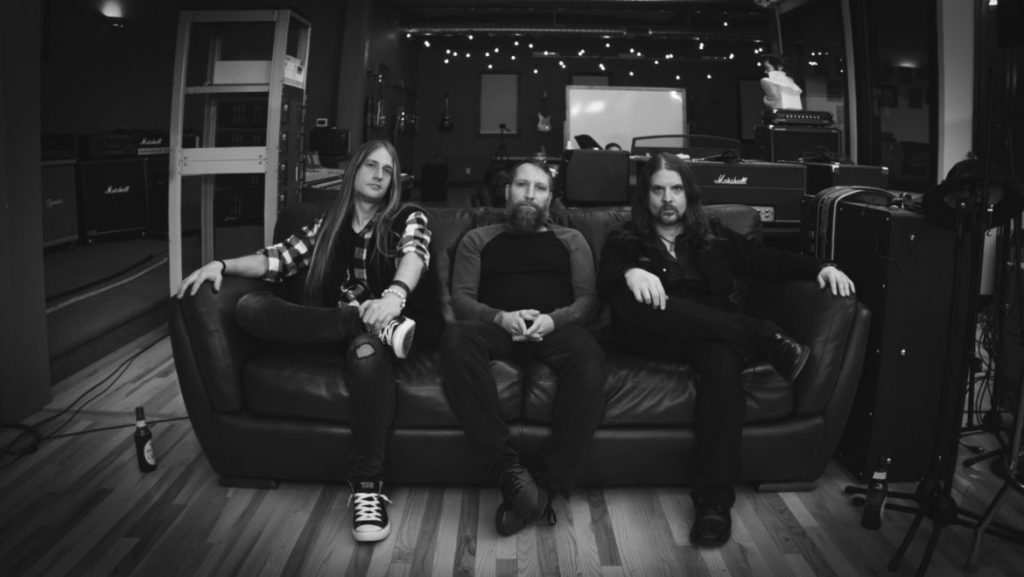 Joining the slew of trad metal bands throwing their albums into the ring this year are?Pittsburgh?s?Icarus Witch, who have regrouped with a new lineup and their first new album in six years. Titled?Goodbye Cruel World, bassist Jason Myers and guitarist?Quinn Lukas have brought in new vocalist?Andrew D?Cagna (Brimstone Coven) and drummer Jon Rice (Scorpion Child, ex-Job for a Cowboy) and the results are incredibly positive.

After plenty of listens to lead single ?Misfortune Teller,? it?s easy to hear the energy and time that went into the new songs.

?Lyrically, ?Misfortune Teller? is about a hypothetical megalomaniac,? Icarus Witch relay to?Decibel. ?It?s the story of a psychic vampire who will do and say anything to advance their own agenda, even if it means turning people against each other. Though, in this tale, the victims finally snap out of the spell and the villain is served their just karma.?

You?ll get what?s coming to you, you are your own misfortune teller?

?Musically, it?s a traditional banger that invokes the fist-in-the-air arena rock of Jake-era Ozzy or early Dokken & Dio. It?s based around a couple shredding riffs that Quinn had been kicking around for ages. It?s those signature hooks that he?d naturally go to when sound checking or trying out a new axe but just never found their way to a proper song structure? until now.?

To listen to the galloping riffs and blazing solos on ?Misfortune Teller?, click here!