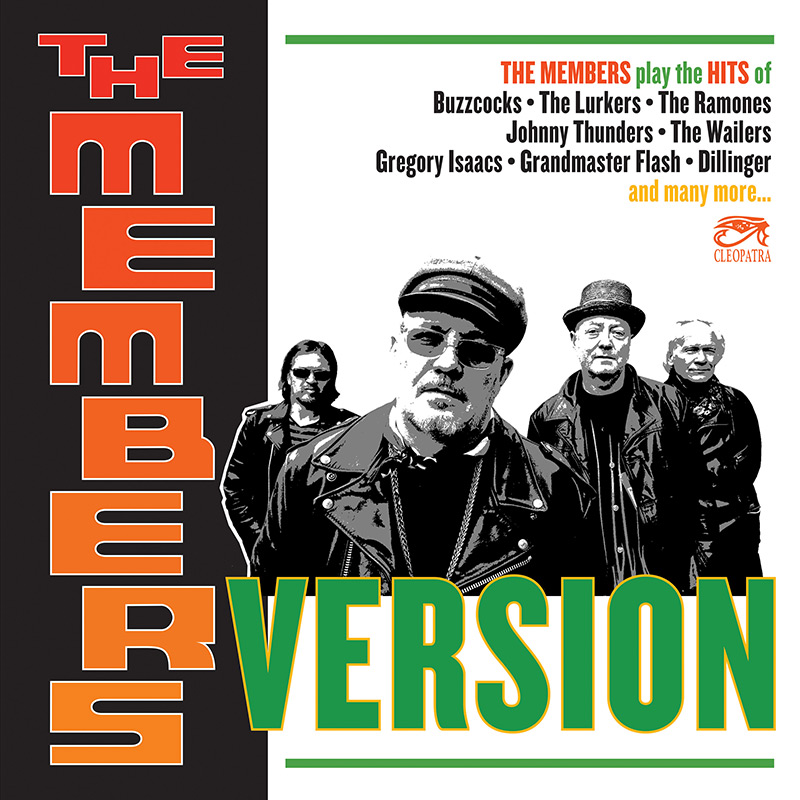 For the first time ever in a career that reaches all the way back to the ‘70s, British punk rock icons The Members have recorded an entire album of other band’s songs, offering up 14 cover versions that are utterly unique and unmistakably The Members. Entitled Version, the album reflects the many and varied influences of the band – from punk to pop to reggae and dub – but arranged and performed with an intense artistry all their own.

Longtime member and mastermind JC Carroll had this to say about the project, “This compilation goes right back to the roots of punk and reggae in the UK. I first heard the Dillinger track ‘Cokane In My Brain’ when Don Letts played it at the Roxy Club in 1977. With Chris Payne [bassist since 1976], I saw shows by The Heartbreakers and The Lurkers at the Vortex. We also pay tribute to the late Pete Shelley on two tracks with radial reworkings of two Buzzcocks classics.”

Version will be available on all formats everywhere starting July 5 on Cleopatra Records. And be sure to catch JC Carroll and the boys on the road this summer for a tour in Europe followed by a North American tour in the fall!