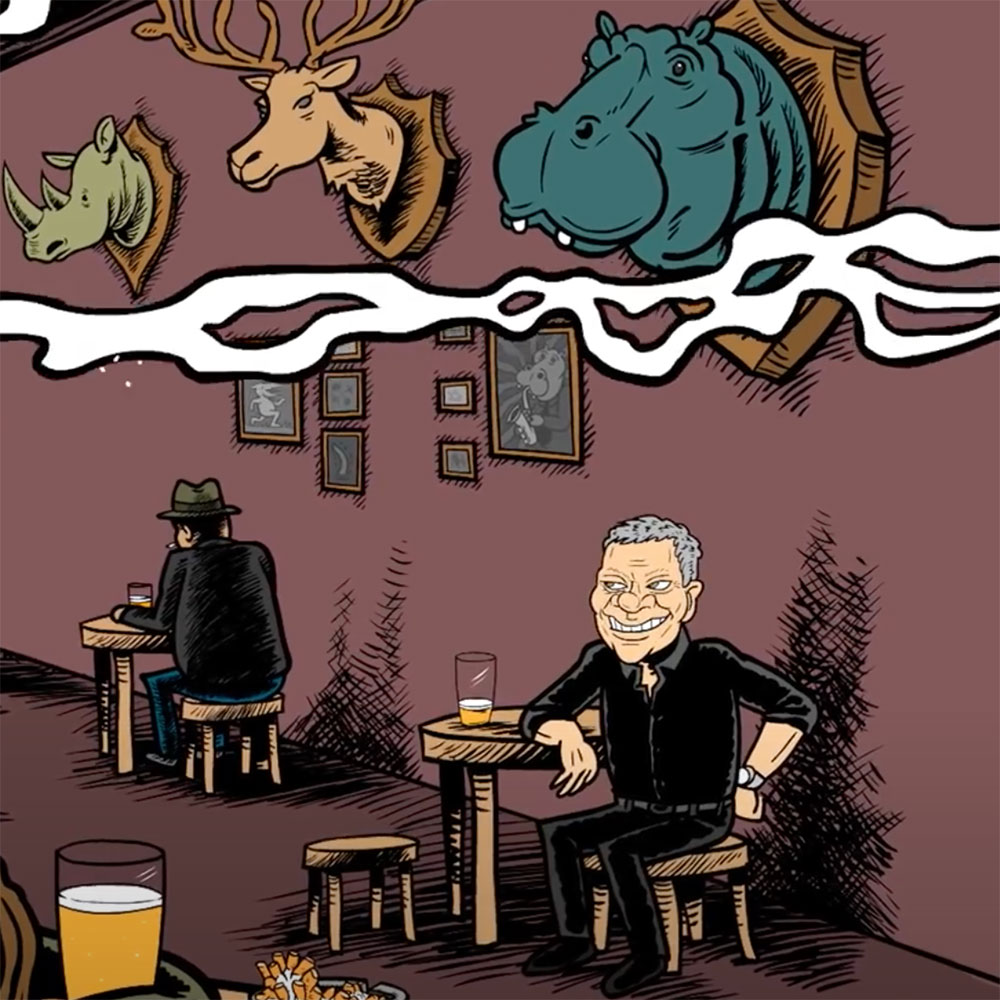 The actor turned musical stylist says he approached his new album, “The Blues,” with reverence… except, maybe, in the extreme case of the Screamin’ Jay Hawkins classic.

William Shatner hit upon his share of musical genres in the 2000s and 2010s, as he resumed the long-dormant musical part of his career, which began with 1968’s “The Transformed Man.” In recent years, he’s gone country and punk, done an album of famous space songs and a Jewish oratorio, and covered the Christmas beat. Now he’s found his final frontier — or at least his next final frontier — with “The Blues,” an album that unites his patented speak-singing style with shredding turns from guitarists including Albert Lee, Steve Cropper, Ritchie Blackmore, Sonny Landreth, Brad Paisley, Jeff “Skunk” Baxter and Pat Travers.

It’s the last of these joining him on “I Put a Spell on You,” Shatner’s cover of the Screamin’ Jay Hawkins classic, which finds the actor doing some vocal shredding, of sorts, in his own inimitable style. Variety has the exclusive premiere of the ribaldry funny music video for “Spell,” in which director Balázs Gróf animates Shatner as a positively crazed lush, alone with his lusty thoughts in a bar as he obsesses over a buxom and completely oblivious barmaid. Shatner spoke with Variety about coming up with the concept for the video … and why he felt emboldened to take on one of America’s great indigenous artforms.

Shatner says he approached the blues for the album with the utmost reverence — but does agree that maybe that wasn’t a necessary precondition for the already utterly irreverent “Spell.” Given that Hawkins’ spellbinding performance in 1956 would probably come in at No. 1 on any expert’s or neophyte’s list of the most histrionic lead vocals of all time, Shatner could have tried to go over the top, and then multiplied that times 10, and still come up with a rendition that would read as subtle compared to the original.

“I know! I know!” says Shatner, in a phone interview about the new song and album. “As you point out, Screamin’ Jay Hawkins, you can’t go further than that; you had to go under that. But it’s a fun song, and done in this way (with the video), it’s got great humor, I think, where the guy is screaming his mind out and. of course, nobody hears. …I said to the animator, here’s what I was thinking when I was getting ready to do the song: I see this guy lusting over the barmaid in a small, smokey bar and he he’s totally nuts about her, and she never hears him, of course — it’s all in his own head. And he just did it superbly.”

That represents most of the extent to which Shatner took a comic approach to the project, however. He’s mining these mostly classic blues songs for all the drama each tortured line is worth, but (apart from “Jay”) taking that angst seriously, with gradations to his tone.

“At the other end of the spectrum is ‘The Thrill Is Gone’,” he says, noting his attempt to refrain from melodrama in lending that weeper a lighter touch. “I didn’t know (B.B. King) personally. Got to know his daughter, Shirley King. But I started to sound like a little bit of an imitation of Mr. King, and then I heard it and thought, ‘That’s not right.’ I went back to what is essential for me, which is to go to the emotion of the song. And then if you are filled with sadness over a love affair that’s over, it’s really sad, if you’re not angry about it — sad that that emotion didn’t and couldn’t last, and how low you are with it.”

Shatner took his research seriously in preparing for the album, taking counsel from a rocker who previously sat in on his Christmas album, ZZ Top’s Billy Gibbons, who doesn’t appear on this album, and a new friend who does, Arthur Adams.

“I really researched all this,” Shatner says. “Billy Gibbons helped me with books that he lent me on the blues. He lives this part of the time here in the Valley, so we’ve gotten together a few times and I was able to partake of his wisdom. I read quite a bit of his material. And Arthur Adams, a wonderful musician who is living in Los Angeles now, and on call all the time, came into the office because I had asked talk to me about the blues. He said, ‘Well, I used to sing the blues when I was a kid, picking cotton.’ And he got up out of his chair and he started miming picking the cotton and putting it in the imagined bag, meanwhile humming and singing some of the call songs they would have used in the fields in Mississippi. And it was just a complete insight into some kid who still hadn’t yet taken up the guitar, and who tried to find his way in the world.

“In any case, I approached it with the reverence that blues musicians feel toward the genre. They’re very protective of it, and they wanted to be very sure that I wasn’t going to mock it. And I certainly didn’t, and did the best I could within my limitations of my interpretation of the blues.”

Shatner admits to non-Mississippian privilege, although he says his very, very northern background did prepare him for this, pre-Hollywood.

“I started off with a handicap of being a white guy from Montreal, Canada. But Montreal is a very musical city, and is the springboard for many musicians. Especially at university there, I was wandering around downtown a lot. There is a tradition of French Canadian music with a fiddle, maybe two fiddles. I’m picturing two French Canadian men who are traditionalists. Their music must’ve come from France, and they’re sitting in a chair beating single time with one foot and double time with the other and sawing away on a fiddle. They were making dancing music for the rest of the French Canadian friends of mine who were up at the country places when schools let out; I was up in the mountains that are, at that time, totally habitant, which is the word for the original Quebecer. And that’s where my music beginnings for the blues began. So I understood that kind of music from whence blues stemmed, and having felt the pain of living, I was in a position to kind of understand more than most people that come to it for the first time.”

Legendary star of the stage and screen, William Shatner, brings his dramatic interpretive talents to the blues music canon on this superb new album!

The album’s first single, “Let’s Work Together” featuring Canned Heat, has already been released and stirring up a mighty buzz!

Watch for a fully animated video for “I Put A Spell On You” featuring Pat Travers will be released on the same day as the album!

Available on both CD in a gorgeous digipak as well as limited edition colored vinyl!