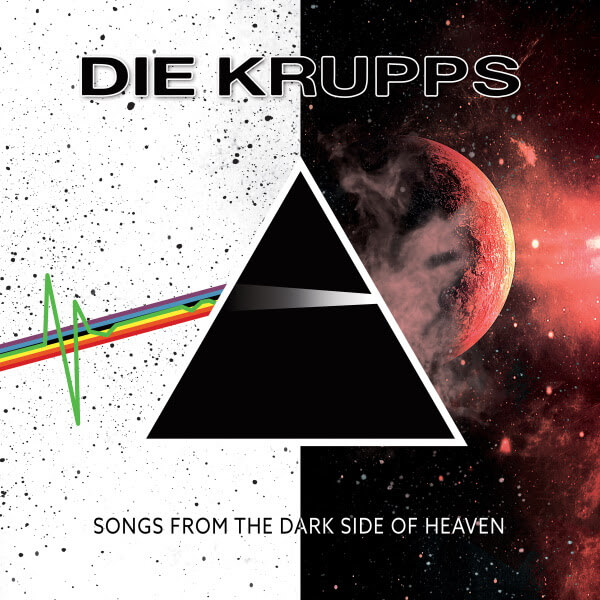 Los Angeles, CA – The wait is nearly over for fans of German industrial metal icons Die Krupps! The group’s newest studio album, a phenomenal collection of cover versions that span multiple decades and genres, is set for release on May 28 in all formats including digital, CD and vinyl. Fans have already been buzzing about Songs From The Dark Side Of Heaven having streamed/downloaded a number of the album’s singles including a unique update of Fad Gadget’s hugely influential “Collapsing New People,” a muscular take on The Stranglers’ “No More Heroes” featuring Manowar axeman Ross The Boss, and a brilliant rendition of Sparks’ “The Number One Song In Heaven!” And there’s more in store including more special guests and more cover songs of Queen, Blue Öyster Cult, Devo and more!

To celebrate the launch of the album’s pre-order, the group offers another single, a killer version of Gang Of Four’s “To Hell With Poverty” featuring a special guest appearance from Killing Joke co-founder and drummer Big Paul Ferguson.

Die Krupps founder Jürgen Engler had this to say about the single and album, “When I heard that Paul was interested in collaborating, I immediately thought of Gang Of Four’s ‘To Hell With Poverty.’ Luckily, he loved the idea! It was a true pleasure working with him. His drumming really made the song come alive. It’s one of my personal favorite tracks!

Stream the Single
Pre-Order the Album