INTERVIEW: Joe Louis Walker knows that for the world right now, the blues are comin’ on 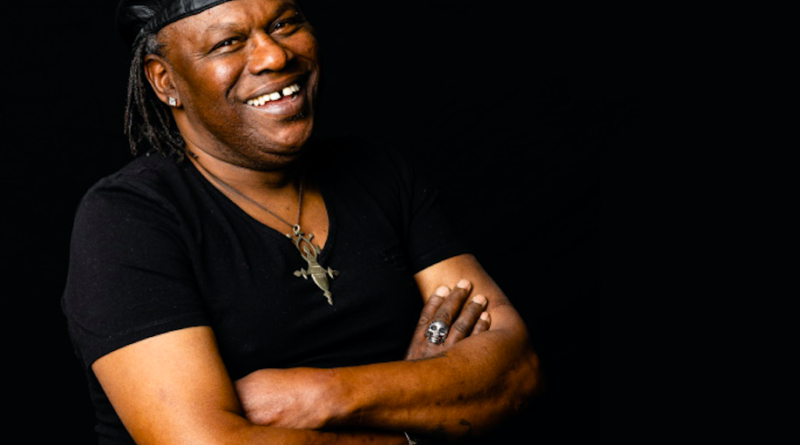 Joe Louis Walker, one of the most respected and successful blues artists of all time, has seen his professional life turned upside down thanks to the coronavirus pandemic. His near-constant touring around the world has ground to a halt, and he has been unable to connect in person with his many, many fans. Still, Walker has found a way to be creatively productive. Last month, he released his latest album on Cleopatra Records, Blues Comin’ On, which features Walker playing with the likes of Keb’ Mo’, Eric Gales, Albert Lee, Mitch Ryder, Lee Oskar, Jorma Kaukonen, John Sebastian and Waddy Wachtel.

“I really started on this project in 2015,” Walker said in a recent phone interview. “I knew it was going to take a long time because everybody was touring, all of the musicians, and then some people were doing projects that took maybe six, seven, eight, nine months. To make a long story short, I just did it in between my touring and their touring.”

The final product is a 12-song album that features such cuts as “Feed the Poor,” “Someday, Someway,” “The Thang” and “Come Back Home.” Although listeners now have the opportunity to enjoy a dozen songs from the blues veteran, Walker actually had many options — too many options — to pull from for the final recording.

“It was really two albums,” he said. “It’s like 18 songs with about 16 different people. It was too much music, way too much music. There were tracks and other people that didn’t make it on this album.”

Earlier in 2020, when the pandemic hit in mid-March, Walker and Cleopatra had a decision to make on whether to go ahead with the release or delay it indefinitely because the music world had changed so much overnight. They thought about a change of schedule but decided to persevere and stick to a June release date.

“We discussed it with the label,” said Walker, a Blues Hall of Fame inductee and four-time Blues Music Award winner. “We thought that people needed music right about now. We could pulled it back, but who’s to say what anything is going to look like six months from now, one month from now, eight months from now.”

Walker believed that if Blues Comin’ On was delayed the songs would sit like many of the people in the world right now: in limbo, waiting for a certain future that may not come for a long, long time. No one knows this limbo quite like Walker and other touring musicians.

“There is no opening gate for us,” he said. “All we know is that we hear consistently is that concerts are going to be one of the last things brought back as we know it. If you step back and say somebody has been performing for 50 years — he’s known around the world, she’s known around the world. That’s all they’ve been doing. They’ve been doing this all their lives, and then all of a sudden you can’t do what you do. It’s more than a job. It’s a calling.”

He added: “I think the one thing that hits you with music being taken away is that it’s such a unifier. One song, take the song ‘Imagine.’ You can play that song in India; you can play it in Paris, Texas; you can play it in Paris, France; and you get the same reception. ‘Lean on Me,’ God rest his soul Bill Withers, you can play that song in Birmingham, Alabama; or Birmingham, England; and you’ll get the same response. People become friends over that song, so it’s more than just money and sex, drugs and rock ‘n’ roll. It’s something about music other than the cliche of universal language that gives people hope, that gives people solace.”

For Walker, who has tracked many decades in the business, music is about energy and community. It’s not a sports game where a winner is crowned at the end of a contest. The art form is about coming together and sharing good times. Coronavirus has taken that away.

“That’s unfortunate because music has taken some serious blows to the body in the last 10, 12, 15 years,” Walker said. “Real working musicians from, you name it, Paul McCartney, Smokey Robinson, Bob Dylan, they’re still working because there’s no money in royalties. Not very much because we all know what happened with … the piratization of music. People just came along and took it and just gave it away. You have to play live. I don’t care who you are. When that’s gone …”

One day Walker may be penning tracks that speak directly to COVID-19, a global pandemic that the blues guitarist likened to a Shakespeare play, but he knows that if he ever feels inspired to write songs about this time, he’ll have to go deep.

“Oh my goodness, there are so many elements of despair, the unknown, communication working and not working, politics, race,” Walker said. “And it’s not going away. It’s in the back of our minds. To me, if you’re going to open that door as a songwriter, I think for me if I was going to write something about that, I would try to write something that was inspirational but not unrealistic. The story is not over, and it’s getting worse and worse. You may be fine today; you may be gone tomorrow. When you have the whole world looking at that same picture, I think that affects the way that we look at life. One day you’re moving; one day you’re stopped. And you cannot move again until so many things are done, and then even when you do move again, nothing is really clear. One thing we’re sure about is that nobody really knows what the hell is going to happen.”

Soulful blues phenom, and Blues Hall Of Fame inductee, Joe Louis Walker is joined by a host of talented friends and peers on his superb new studio album!

This album explodes with the passionate playing and soulful melodies that have made Walker a favorite among true blues aficionados including The Rolling Stones!

Available on both CD in a digipak and on limited edition WHITE vinyl!