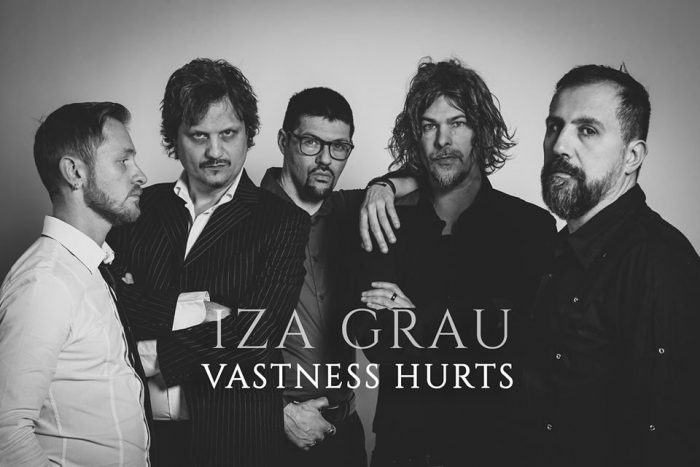 Iza Grau is a dark wave rock band based in Modena, Italy, who recently released their outstanding debut album, Vastness Hurts(It dropped Friday, April 3rd, which seems to have been a big day for new music releases, as this is the fourth in a series of seven reviews I’m writing for music released that day.) It’s an astonishing work that I loved at first listen, and am pleased to now share it with my readers. The album contains nine stellar tracks, all of them dark, complex, melodic and thrilling, with influences that call to mind The Cure, Depeche Mode and Interpol, three bands I dearly love. In their own words, their music “draws its influences from the obscure imagery of the industrial / new wave movement of the last century, combined with visual inspirations such as Wim Wenders’ Berlin and the claustrophobic spaces of ‘Possession’ by Zulawski.”
Read more >>>