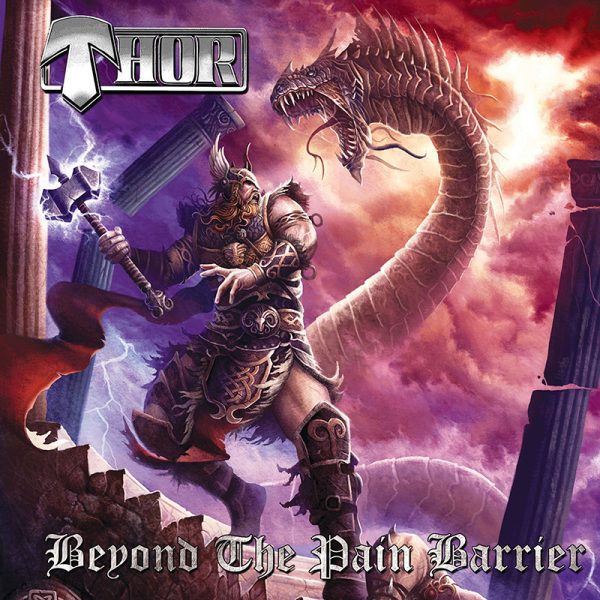 The Metal Thunder God THOR reclaims the classic metal throne with a brand new studio album of 12 original songs that will get your blood pumping and leave your ears ringing! Titled ?Beyond The Pain Barrier,? THOR’s new album will be released August 4 to coincide with his performance at the Porispere Festival in Finland. Thor will be hitting the road in support of the release kicking off at a major metal festival in Finland in August followed by a 30-date tour of North America!

Says THOR, ?I had the opportunity to work with young musician/songwriters on this record. Guitarist John Leibel and Ted Jedlicki know the metal sound of today. With my classic riffs and melodies combined with their modern metal songwriting and performing, we made a killer sounding album.?

A new documentary film called ?Return Of The Thunderhawk? (a sequel to the well-received ?I Am Thor? film) is scheduled for release later this year!

Watch the premiere of THOR’s new video on Brave Words featuring footage from the ?Return Of The Thunderhawk? documentary:
http://bravewords.com/news/metal-legend-thor-to-release-beyond-the-pain-barrier-album-in-august-bravewords-premiers-the-calling-music-video

Says THOR, ?I feel this is the sequel to the ‘Metal Avenger’ album. The story continues with very powerful yet melodic tunes.?

And also be sure to check out the 3-disc (2CD+DVD) Ultimate Collector?s reissue of the classic live album from 1985, ?Live In Detroit,? packaged with the AN-THOR-LOGY DVD and live material from more recent incarnations of Thor?s band! Also available on vinyl!