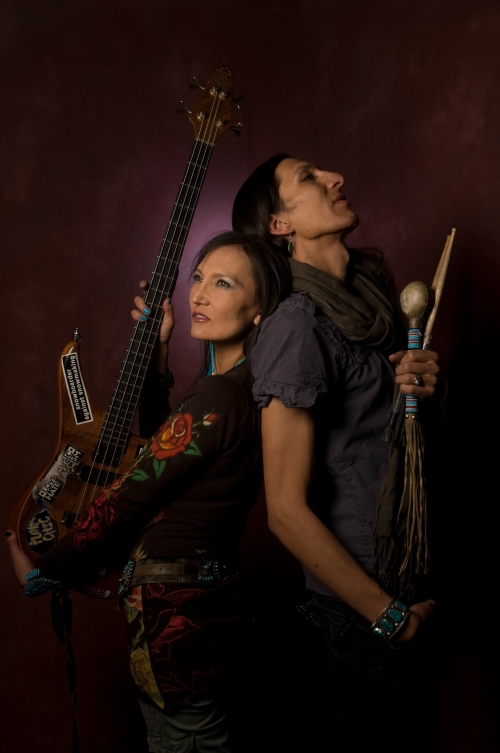 The band comments, ?Hyundai automobiles contacted Sihasin about using ?Winter Wonderland? and we worked hand in hand with Cleopatra Records to make this project happen. Little did we all know that it would be a collaboration with Tony Bennett! We are excited to further open the doors for Native American artists.?

Sihasin?s version of ?Winter Wonderland? was originally recorded and released on the 2015 compilation album Punk Rock Christmas from Cleopatra Records, which also featured such well known acts as Iggy Pop, The Suicide Machines, Unwritten Law, Reel Big Fish, Smash Mouth and more! Sihasin were also recently named one of the ?10 Exciting Native American and Canadian First Nations Artists? by Flypaper, the digital magazine of on-line music institute Soundfly. The band hails from the Navajo reservation of Arizona and consists of siblings Jeneda and Clayson Benally. Sihasin?s new album Fight Like A Woman will be released next year on April 22nd.

Buy from Cleopatra | Buy on iTunes