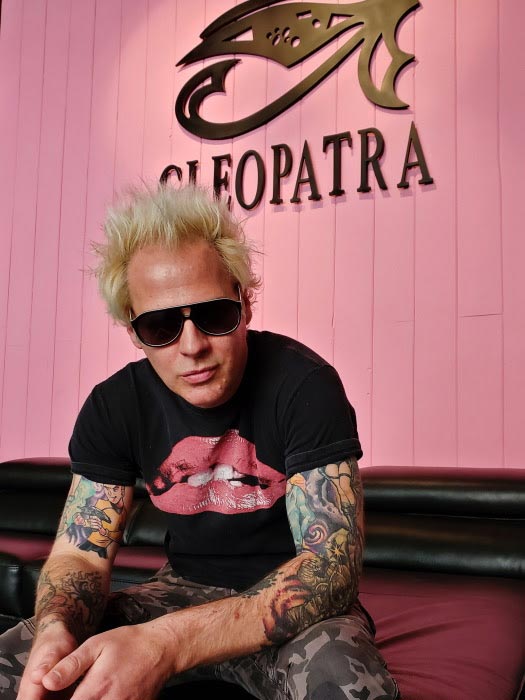 POWERMAN 5000‘s reimagining of the classic ’80s new wave smash “We Got The Beat” will be included on the band’s upcoming album “The Noble Rot”. “We Got The Beat” was originally released in 1981 as part of THE GO-GO’S‘ multi-platinum debut album “Beauty And The Beat”.

POWERMAN 5000 frontman Spider One commented: “Oddly enough, THE GO-GO’S are a main reason why I started playing music. I distinctly remember listening to ‘Beauty And The Beat’ at my friend’s house when it first came out. The clarity and simplicity of the songs inspired me. I remember saying to my friend, ‘We could do this. We should start a band.’ Not long after, I put together my first punk band in high school.”

Regarding POWERMAN 5000‘s spin on the song, Spider said: “Our version is quite different than the original. People don’t realize how clever the lyrics are to that song. They think it’s just a song about dancing. I always connected with the idea of being young and lost and surrendering to conformity. We tried to give it a more ominous tone to match that message.”

A teaser video for POWERMAN 5000‘s version of “We Got The Beat” is available below.

“The Noble Rot” will be released later this year through Cleopatra Records.

In other news, POWERMAN 5000 is proud to be a part of the recently announced remastered versions of “Tony Hawk’s Pro Skater 1 & 2” coming to gaming platforms this September. The Tony Hawk franchise has been much loved by music fans for their use of authentic, energetic punk rock, alternative and indie rock songs, and PM5K‘s smash hit “When Worlds Collide” is a highlight among the many other skate anthems featured in the game, including tracks by DEAD KENNEDYS, GOLDFINGER, PRIMUS, RAGE AGAINST THE MACHINE and more.

“Tonight The Stars Revolt!”, POWERMAN 5000‘s second album, was released on July 20, 1999 by DreamWorks Records. It has sold over one million copies and achieved platinum status on the back of such hits as “Nobody’s Real” and the aforementioned “When Worlds Collide”.