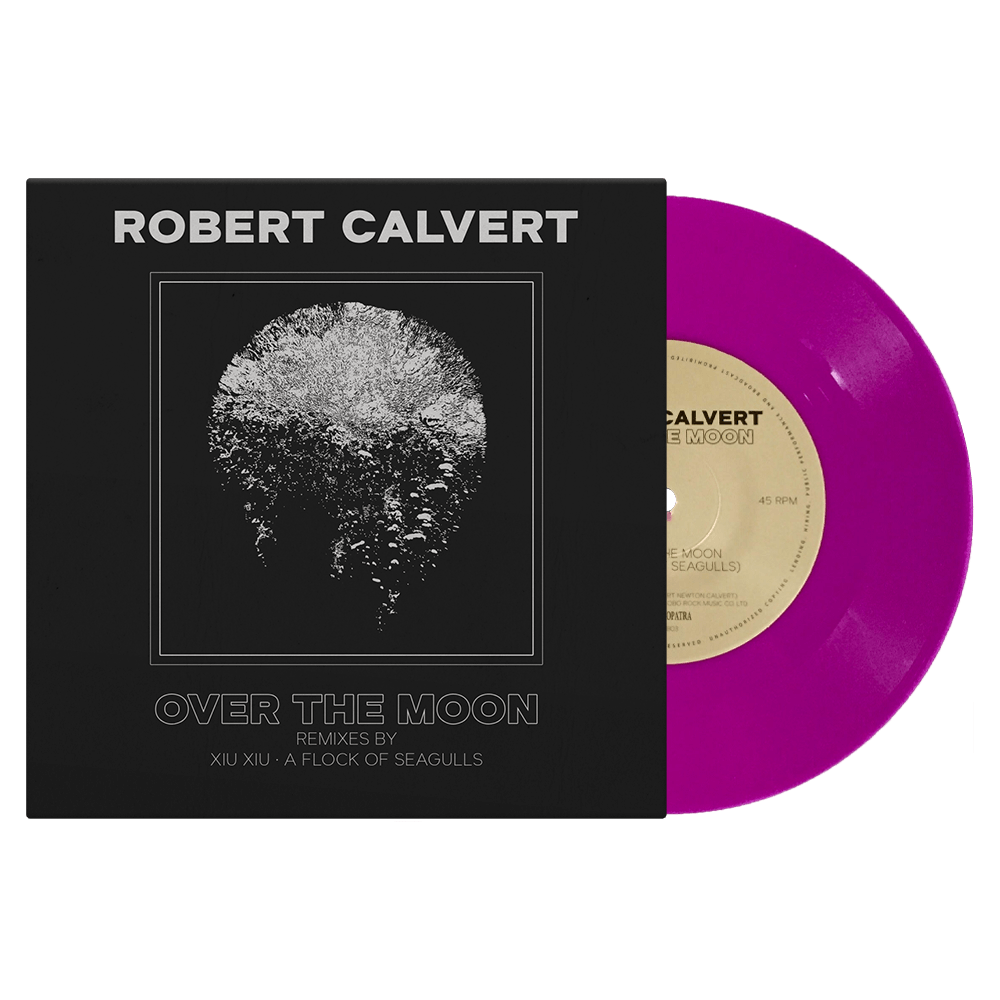 80s new wave act A Flock Of Seagulls have remixed Robert Calvert’s Over The Moon. It will be released as a single through Cleopatra Records on August 14.

Robert Calvert was easily one of the most charismatic and enigmatic figures to emerge out of London’s psychedelic rock scene of the 60s & 70s. He was a poet, lyricist, visionary and vocalist most known for his work with the legendary Hawkwind but also his highly acclaimed solo albums and collaborations with Brian Eno, Arthur Brown, Motörhead’s Lemmy, Jim Capaldi and others.

Yet Calvert’s legacy and contributions have been too little explored due perhaps to his debilitating mental health issues that plagued him throughout his career as well as his early death at the young age of 43.

Mike Score, the mastermind behind one of the most iconic acts of the 1980s, A Flock Of Seagulls, brings out all of the forward-thinking, avant garde beauty in Calvert’s Over The Moon.

Over The Moon will be available as a special limited-edition series of coloured 7” vinyl in pink, white, purple or red. The 7” also contains another remix of the song by experimental noise band Xiu Xiu.

ROBERT CALVERT – OVER THE MOON REMIXES

Available in 4 colors – PINK, WHITE, PURPLE or RED – hand-numbered in a resealable poly-bag!

Part of a larger project that will be released later this year featuring the remixing talents of Soft Kill, The KVB, Die Krupps, Xeno & Oaklander and more!