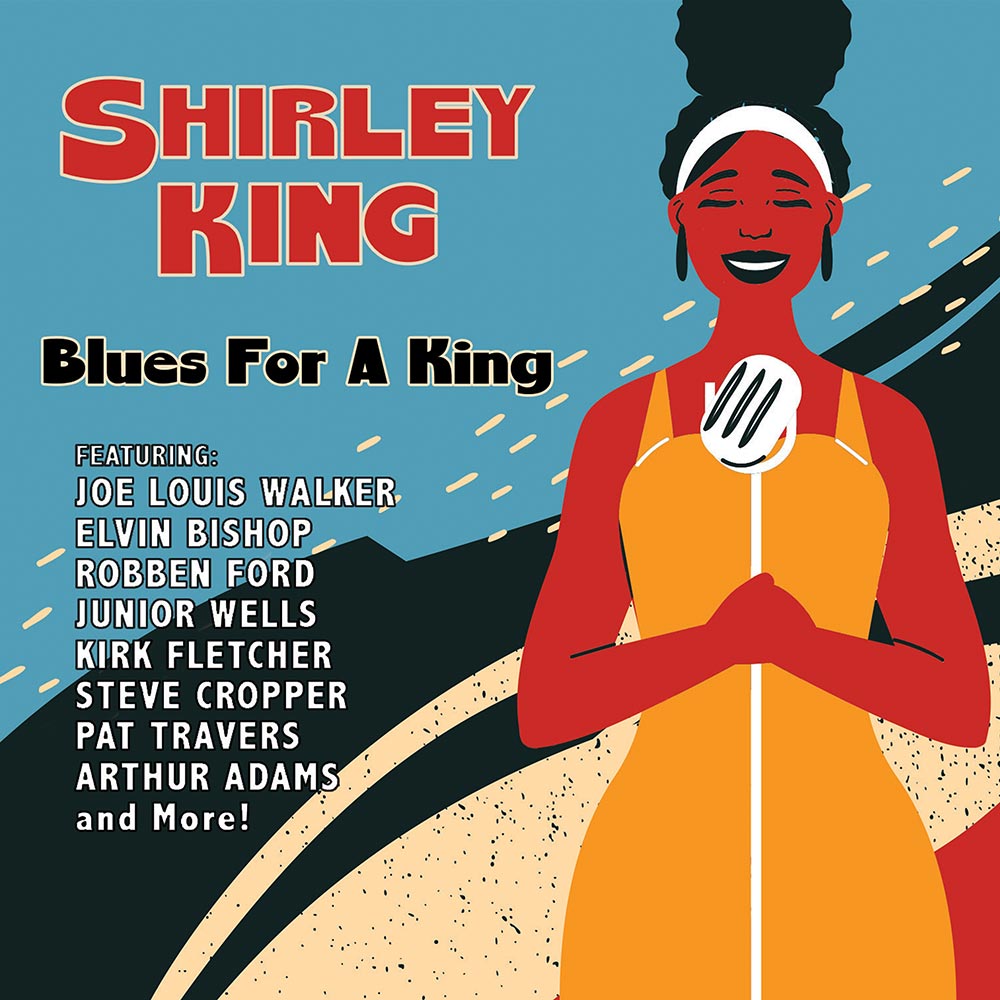 Being the blues-singing daughter of B.B. King has earned Shirley King the title “Daughter of the Blues,” but she is an outstanding singer and performer in her own right and capable of singing any kind of music that comes her way. Just witness her newest full-length album, Blues For A King, which crosses musical genres from blues to rock to soul and back again. Even next to such high wattage guests as Joe Louis Walker, Robben Ford, Junior Wells, Pat Travers & Elvin Bishop, King absolutely shines as she performs spectacular version of the blues classics “Gallows Pole” and “Hoodoo Blues Man” as well as the soul hit “Johnny Porter” (originally by The Temptations) plus two songs by British rock band Traffic, “Can’t Find My Way Home” and “Feelin’ Alright?.” The album closes with a powerful version of Etta James’s unforgettable “At Last,” which signals that, at long last, Shirley King is finally getting the attention and recognition she so richly deserves.

“I’m so thrilled that these great artists lent their amazing talents to my new album. I can’t thank them enough for believing in me. I’m so proud of this album and can’t wait for the world to hear it. I feel it’s my best work yet,” enthuses Shirley. Blues Hall of Fame guitarist Joe Louis Walker, who guests on two tracks on the new album, says, “I’ve had the honor of performing on two B.B. King albums. Now I have the distinct honor and pleasure of playing on his daughter’s album, Shirley King, who is also my dear friend. Keep the thrill goin’ on, Shirley….”

To purchase the album: https://orcd.co/shirley-king