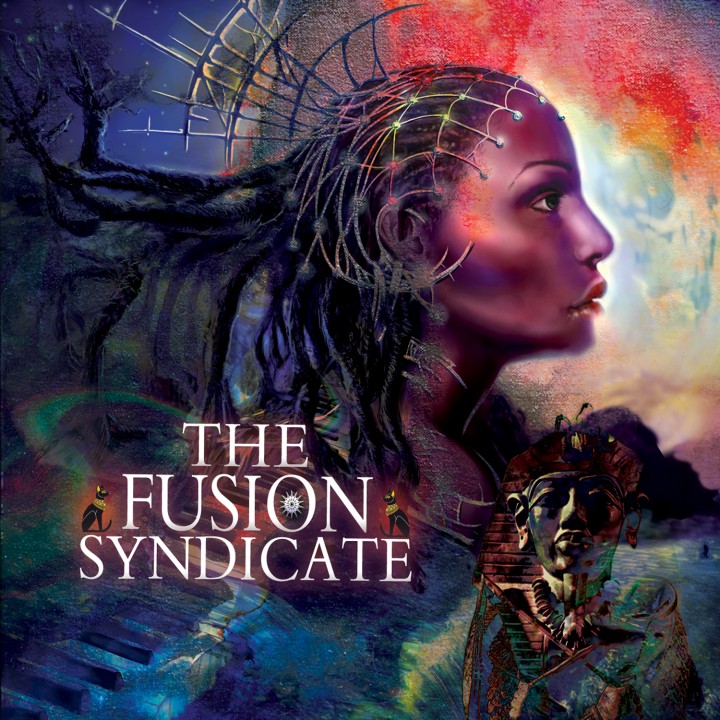 Billy Sherwood, both with Yes and on his recent helming of the Prog Collective, has already established himself as a staunch advocate for the 1970s’ signature rock style. So why shouldn’t he do the same with 1970s jazz?

The forthcoming Sherwood-produced Fusion Syndicate, set for release by Purple Pyramid/Cleopatra on October 16, 2012, recalls all of the genre-busting triumphs of Mahavishnu Orchestra — and even includes a pair of former members in Billy Cobham and Jerry Goodman. Elsewhere, Jimmy Haslip of the Yellowjackets, Jay Beckenstein of Spyro Gyra and Eric Marienthal of Chick Corea’s Elektric Band appear, as well. Heck, there’s even a wow-man cover image, very much in the style of Miles Davis’ classic recordings of the period.

And why not? Fusion jazz, like its polyester-era counterpart prog, has been just as wrongly maligned in the intervening decades — cursed for its excesses far more than it has been rightly praised for the times when it pushed the envelope.

What’s interesting is the way that The Fusion Syndicate makes cases for both. In a tip of the hat to Sherwood’s history as a member of Yes in the 1990s, there are appearances by members of King Crimson, Soft Machine, Dream Theater and (of course) Sherwood’s old band, to boot.

Goodman begins by creating a tornadic swirl of violin on “Random Acts of Science,” even as Rick Wakeman’s keyboards trickle across the song like a rushing stream. Meanwhile, Sherwood’s guitar creates this Middle Eastern-inspired mystery, working in an intriguing contrast to the propulsive groove from bassist Jimmy Haslip. Steve Stevens, of Billy Idol fame, adds the kind of heavy crunch that marked the legendary Lifetime recordings on “Stone Cold Fusion,” before Mel Collins’ sweetly conveyed saxophone opens the door for a series of swift moving retorts from keyboardist Jordan Rudess and acrobatic drummer Billy Cobham.

Beckenstein tangles with Sherwood’s guitar on the space-funky “Molecular Breakdown,” which features an open-ended rhythm signature from bassist Billy Sheehan and drummer Gavin Harrison. The song’s secret weapon is keyboardist David Sancious, however, whose contemplative gurgles provide the perfect juxtaposition. Derek Sherinian’s whooshing synth figures gives way to a plucky rumination from guitarist Larry Coryell on “Particular Accelerations,” and their interactions perfectly echo the space-age science of this song’s title. Drummer Chester Thompson responds with a funky cadence, before Eric Marienthal arrives with a wailing aggression.

Trumpeter Randy Brecker and guitarist Steve Morse follow with a similarly engaging exchange on “At the Edge of the Middle,” with Brecker offering a series of flourishes while Morse simply takes flight. Co-founding Yes organist Tony Kaye works in fleet tandem with his current Circa bandmate Sherwood, this time on bass, for “Atom Smashing,” with a titanic contribution by Frank Zappa drummer Chad Wackerman pushing them along.

Then there’s “In the Spirit Of …,” which boasts perhaps the most approachable hook — but also the most brain-meltingly psychedelic guitar presence yet, courtesy of Steve Hillage. Theo Travis’ bluesy saxophone grounds things, at least briefly, before Scott Kinsey’s soaring synth sends the track skyward again.

The Fusion Syndicate tracklist and players: