Review: The Royal Philharmonic Orchestra Play the Music of Rush 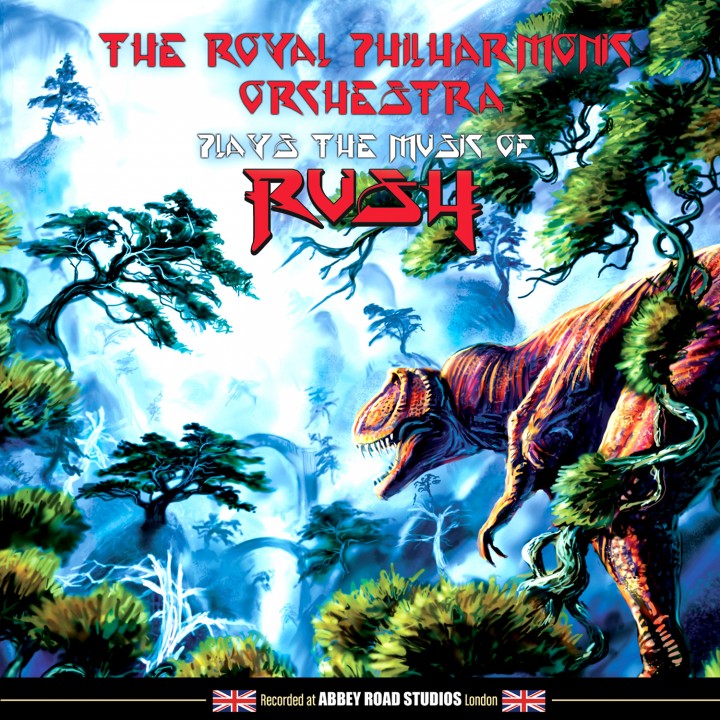 When I first heard that there was to be an album featuring the Royal Philharmonic Orchestra performing the music of Rush I had no idea what to expect. In the ‘70s, Rush recorded a number of extended pieces which definitely had potential to be adapted into the classical world. It is a different world today though, and the era of the 20-minute song seems very long ago and far away. Out of curiosity more than anything else, I took the plunge and picked up this intriguing set.

Much like the recent release of Jon Lord’s Concerto for Group and Orchestra, The Royal Philharmonic Play the Music of Rush turned out to be a very pleasant surprise. The track listing was a little different from what I had expected though. I thought TRPO may chosen such extended Rush pieces as 2112, or Hemispheres, but with the exception of the “Overture” from 2112, this is sort of a greatest hits collection.

Classic rock radio staples such as “Tom Sawyer,” “Limelight,” and “Closer to the Heart” are a few of the nine songs here. The disc begins with the previously mentioned “2112 Overture,” which is the perfect choice. It segues into an interesting version of “Spirit of Radio,” complete with the faux-reggae middle-section. Things get really interesting with “Subdivisions.” For Rush fans, this song from their 1982 Signals album was a real turning point.

There is no question that the band lost some of their audience with that album. By cutting their hair, adding keyboards, and shortening their songs, Rush made it clear that they were ready and willing to change with the times. Signals was considered their New Wave album, and many Rush fans were not amused. As the trio themselves explained in the excellent documentary Beyond the Lighted Stage (2010), they have always been music fans, and as new things come along that they like, they embrace them. The reggae bit in “Spirit of Radio” is one example. When the so-called “MTV bands” of the early ’80s came along, and they liked a lot of it as well, and wrote some songs in a similar vein.

Hearing these familiar melodies played by an orchestra is one thing, but “Subdivisions” contains some interesting solo vocals. This is adds a whole new dimension to it. To be honest, the “mannered” vocals of Niki Moloney and Shaun Chambers on the track take a little getting used to.

For years I considered Rush something of a “cult” band. They were certainly popular, but thanks to Neil Peart’s intellectual lyrics, there was a quality to their music that put them in a league of their own, at least to some of us. The various time-changes and musical adventurousness in general also seemed to set them apart from their peers. To put it bluntly, there was a certain “snob appeal” about them for me. The fact that The Royal Philharmonic Orchestra recorded an album of their music definitely adds to this. But then I am pretty pretentious anyway, so keep that in mind when I talk about snob appeal.

Besides the brilliant arrangements of Richard Cottle and James Graydon, special mention should be given to the excellent guest guitarists who appear on the collection. Steve Rothery of Marillion is featured on “Working Man,” and Adrian Smith from Iron Maiden guests on “Red Barchetta.” Last but certainly not least, the cover painting is fantastic. Credit Jesus & Javier Carmona Esteban for this beautiful work, they give Roger Dean a good run for his money with it.

The Royal Philharmonic Play the Music of Rush is a wonderful addition to any Rush fan’s collection. I would also like to take a moment to congratulate the Purple Pyramid label for putting it together. They have been releasing some wonderful items in the world of progressive rock and fusion lately. For fans such as myself, these efforts come as a welcome antidote to the world of Lady Gaga and much of the rest of what constitutes the mainstream today.