Review: Who Are You – An All-Star Tribute To The Who 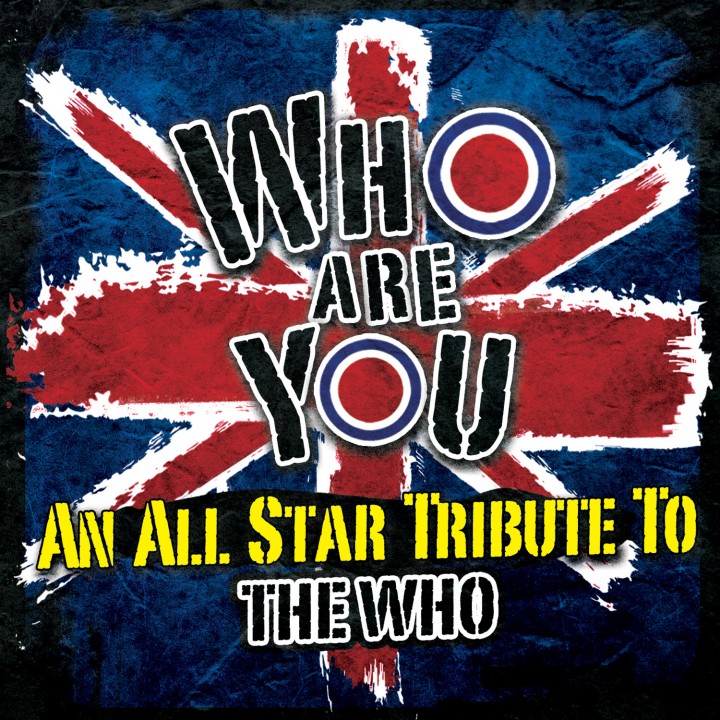 The intrigue of compilations like this is when seemingly incongruent artists successfully combine, or when somebody turns a familiar tune inside out. Who Are You: An All Star Tribute to the Who — due October 2, 2012, from Cleopatra Records — offers its share of both.

The set opens with John Wetton, who always sings like his life is in the balance, tearing into the 1982 Who track “Eminence Front.” He turns out to be a perfect fit for the Pete Townshend-sung lyric, and keyboardist Derek Sherinian (Black Country Communion) and founding Judas Priest guitarist K.K. Downing tangle with energy and fire. Unfortunately, the song can’t begin to replicate the original’s thundering groove — principally, it seems, because Wetton doesn’t play on the track. The bass is handled on “Eminence Front,” and elsewhere, by session co-producer Jurgen Engler; Billy Sherwood (Yes, Circa) plays drums here, and on seven other tracks.

Mark Lindsey of Paul Revere and the Raiders adds the perfect dreamscape drama to “I Can See For Miles,” while Wayne Kramer from the legendary Detroit punk group MC5 burns through the signature riff. Former Yes keyboardist Rick Wakeman adds an atmospheric portent to “Love Reign O’er Me,” even if Def Leppard’s Joe Elliott can’t match Daltrey’s trembling emotional resonance. Believe it or not, however, those aren’t even this compilation’s strangest pairings: Later, country singer Gretchen Wilson handles the lyric on “Who Are You,” with Randy Bachman (The Guess Who, Bachman Turner Overdrive) sitting in on guitar. Peter Noone of Herman and the Hermits fame also joins Yes alum Peter Banks and Cream’s Ginger Baker for “Magic Bus.”

Todd Rundgren performs with wobbly abandon on “Anyway Anyhow Anywhere,” joined by drummer Carmine Appice on the second of his two appearances — after “Love Reign O’er Me.” Pat Travers turns “Behind Blue Eyes” into a dark blues-rock rumination and Joe Lynn Turner (Rainbow, Deep Purple) combines with Mountain’s Leslie West on a heavy-metal redo of “The Seeker,” neither of which is a bad thing at all. But even the appearance of Deep Purple’s manic skinbeater Ian Paice can’t save 38 Special’s too-slick version of “Bargain.”

The album’s high point, however, might just be Iggy Pop’s balls-out take on “I Can’t Explain.” His voice, which sounds like it’s been through a meat grinder and then kneaded with glass, adds a whole new sense of immediacy, of desperate longing, to Townshend’s age-old romantic declamations.