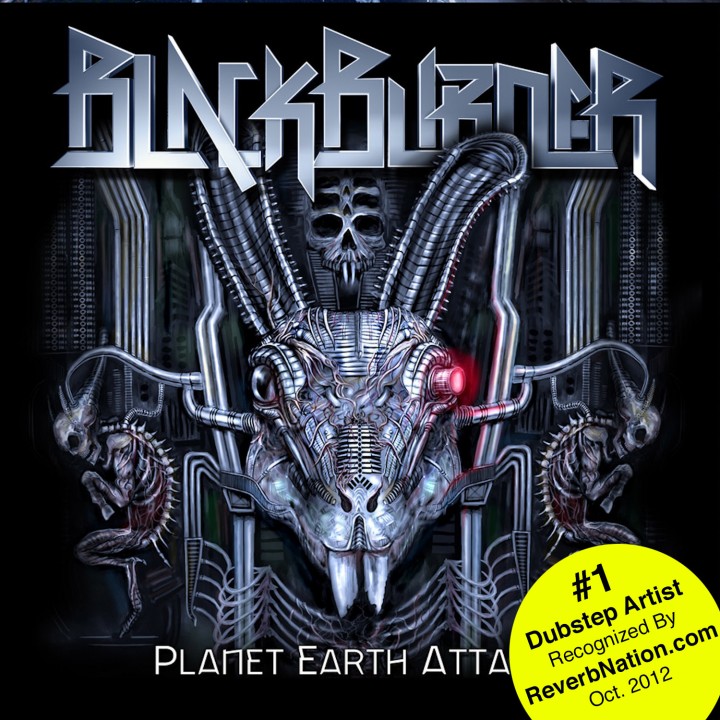 Mix the industrial with a healthy dollop of some of the finest exponents of Progressive Rock, some genre crossing of dubstep and Heavy Metal and finally one of the megastars and iconic figures of Science Fiction film and television and you have the superb new Blackburner album Planet Earth Attack in all its grandiose and lavish glory.

William Shatner, the one and only Captain Kirk from television’s Star Trek,is no stranger to adding his unique tone of voice to another artist’s idea but from the start of the Skyla Talon’s produced album, with its eclectic and brutally dystopian future soundscapes, it sets the ultimate and stunning start to the aggressive and dominant music.

The music is exhilarating, resonating across several genres and without at any point ruining a single one or moment. A rare thing to achieve and something in which all concerned in making this piece of creative history should be proud of. Every beat, crunch and pulsating throb is counteracted by the danger, terror and unbridled miss of heart inducing trepidation which only serves to notice to those that say this type of music is uncalled for and not warranted.

Each tune on Planet Earth Attack should carry a warning on how infectious it is to listen to. Each grinding motion; a safety assessment certificate of clean health and then a note of thanks from the luminaries of Chris Squire and Billy Sherwood of Yes, the excellent Jessica Jean and of course William Shatner to congratulate the listener on having the presence of fortune to possess a mind open to a new beat.

There will be the die-hards of Prog that will undoubtedly splutter over their morning cereal at the mix of Pink Floyd’s Comfortably Numb which features the two musicians from Yes, the sight of cornflakes going over their table in outraged surprise might actually be good for the soul. Whilst the Scissor Sisters could be said to have butchered the classic, in the hands of Squire, Sherwood and Talon it sounds incredibly cool and worthy.

Planet Earth Attack stands out as a genre blurring defining album, full of dystopian wit and verve and ultimately a pleasure to listen to, no matter which genre you prefer.