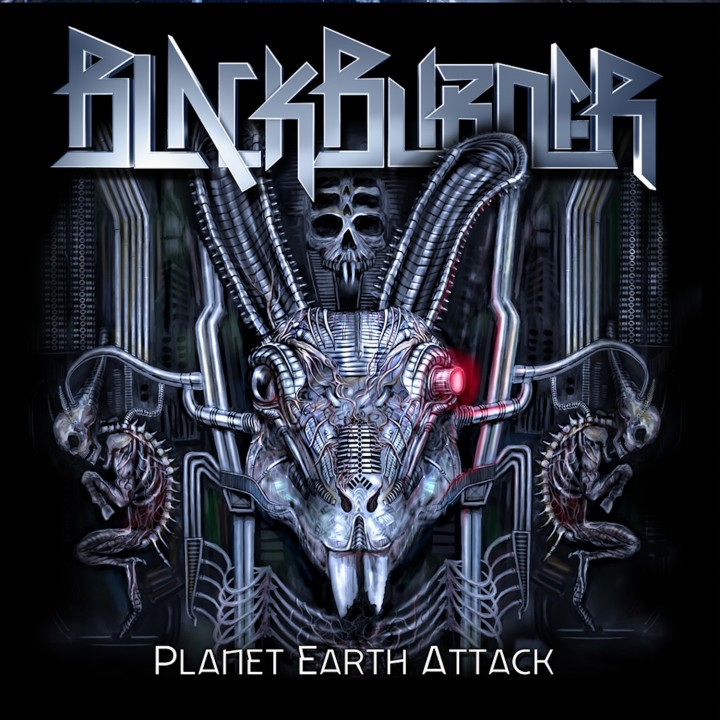 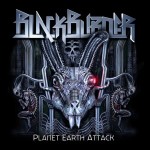 PLANET EARTH ATTACK, an exciting new meta-eclectic LP by Blackburner, is set for a release on September 25th on Cleopatra/Hypnotic Records. I had the distinct pleasure of obtaining a pre-release of this disgustingly dark–yet occasionally mesmerizing–album, headed by the former-metalhead Skyla Talon, who is ostensibly still enamored with the genre.

PEA exploits Skyla’s roots as a member of Killingbird and former Rob Zombie guitarist Riggs’ Scum Of The Earth, throws them into a rusty meat-grinder with a Glitch-Dubstep-House concoction, and throws them up onto a putrid musical canvas. Yes, it is that twistedly aggressive…

…But it can also be really beautiful too. From the droning, distorted guitar-driven title track all the way to the Dance outro “Set this Fire,” Blackburner has a way with musical story telling that is sure to please the palettes of anyone who enjoys variety in their artists. The inaugural tracks lay down a foundation of power that is pervasive throughout the album, aside from some very catchy tracks sprinkled about that take a dramatic turn for the hypnotic, such as “I’m in Love with this City ft. Geri X.” Blackburner shows that there is nothing wrong for a group with a dark and disturbing image to have a soft side.

But not for too long….they aren’t sissies. The excitement and haunting SFX grit continues with tracks like, “Time Travel” and “50 Grades of Space,” showcasing the groups genre-bending proclivity to tame chaos into something manageable. If you are looking for straight-forward Dubstep, you can check out the track “Electric Flesh,” a gritty and hectic piece. Otherwise, we suggest you allow Blackburner to take the helm and steer you in and out of their elegant melodies, wicked synths, and well-placed (but not overdone) bass wobbles. 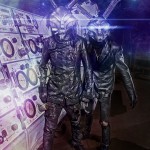 Taking a great deal of inspiration from goth-rock, track’s like “Burn Burn Burn” are seething with vocals influenced by the likes of Marilyn Manson and Rob Zombie, while others showcase the band’s affinity for Progressive-Rock, like “Comfortably Numb,” featuring vocal clips from Pink Floyd.

Last words: Blackburner’s mastery over styles is fantastic and reminds us why we love them: they are fucking bipolar. Dripping with an original sound as disturbing as their sci-fi on-stage image, the group balances their psychosis out with tantalizing and catchy hooks. Just try to not bob your head when listening to “The World is Ours.”

PLANET EARTH ATTACK comes out on September 25th, but that does not mean you cannot get your fill of Blackburner. How about giving a listen to the title track and a view to the video for “Apocalypse.”