Break in, grab the girl, get out and claim the ransom; the perfect kidnap. Five ex- cons and one disillusioned retired screw blast their way into a mansion house to kidnap a rich young woman, Nika.

Getting in and grabbing the girl is the easy part, but getting out proves impossible; the house becomes a fortress, they get locked in, and Nika turns out to be the bitch from hell; a reluctant vampire queen that would do anything to protect herself and her fanged babies. The only thing that keeps Nika under control and avoids her transforming into a killer machine is heroin( she’s an addict with a reason) but the dope’s gone. Nika transforms into her vampire alter ego and hunts the intruders one by one, obliterating them.

The men fight tooth and nail to find a way out of the house; be it through the sewers, up through the roof tops, down the garbage shoot, or the coal room or even blasting the walls down… but nothing works, and all the while the shadow of death is constantly behind them. Nika’s intentions are not just revenge: the monster inside her is not just looking for blood, but for a suitable mate to impregnate her with the seed of life and keep the vampire line going.

Six men trapped like fish in a barrel; a bloody nightmare of a barrel… 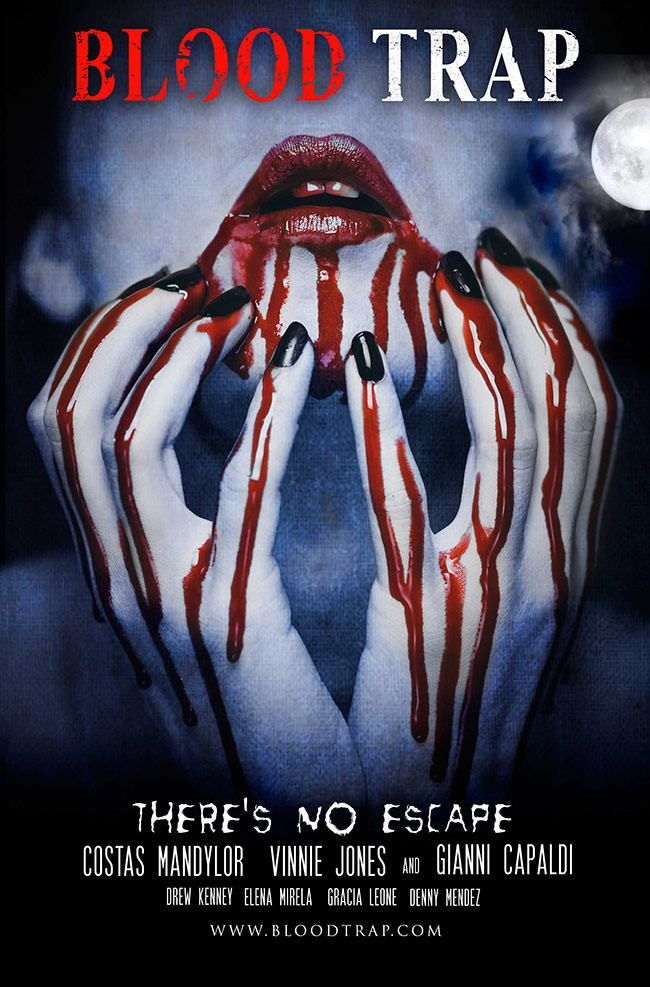